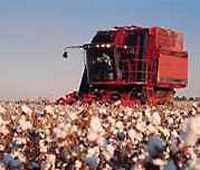 Pesticides are widely used throughout the United States in non-agricultural settings, including inside homes, outside homes, and in offices, schools, and recreational areas. Over 100 million pounds of pesticides are applied on lawns alone every year. The use of lawn care pesticides is increasing at about 5 to 8 percent annually. In fact, four times as many pesticides are used on home lawns as are used to grow food crops.

All pesticide products — whether used in lawn care, household fumigation, pet care or in personal-care products like insect repellents — contain substantial amounts of inert ingredients that are harmful to your health. Small amounts of some pesticides can cause eye and skin irritations, damage to the nervous, hormonal, and immune systems, cancer, and even death. Despite this, large quantities of pesticides are used in the United States every year.

Out of the 26 most widely used pesticides in the U.S., 12 are classified as carcinogens by the EPA. Pesticides have a variety of effects on reproduction. In exposed people, some pesticides cause birth defects, some cause miscarriages, some cause low birth weight, and others decrease fertility. Reproductive effects can occur in males, females, or both. As with cancer, perhaps the most striking statistics are the sheer volume of pesticides used every year that have harmful effects on reproduction. Of the 26 most commonly used pesticides in the U.S., 9 have harmful effects on male reproduction (causing sperm abnormalities, reducing sperm production, disrupting male hormones, and damaging male reproductive organs, mostly in laboratory tests). Most of the 26 commonly-used pesticides have also caused decreased pregnancy success in laboratory tests. Miscarriages, a reduction in the number of living offspring, and reduced birth weights are common problems. One widely used pesticide, chlorpyrifos, has been a recent focus of litigation. Every year 30 million pounds of chlorpyrifos are sprayed in American homes, businesses, and fields. Chlorpyrifos kills pests by disrupting normal nerve transmission, inhibiting an enzyme in the insect's nervous system. In humans, chlorpyrifos can cause headaches, blurred vision, nausea, convulsions, flu-like symptoms, and even seizures. In extreme cases, it has been linked to quadriplegia, genetic damage, birth defects, immune-system abnormalities, and death.

From 1985 to 1992, almost 26,000 cases of chlorpyrifos exposure were reported to the American Association of Poison Control Centers. Data collected by the AAPCC in 1997 showed that chlorpyrifos exposures averaged 3,000 per year. Data also shows that chlorpyrifos has the most life-threatening medical conditions of any organophosphate pesticide on the market. People exposed to significant quantities of chlorpyrifos have suffered seizures and learning disabilities. Terminix has faced several lawsuits in excess of $100 million for using chlorpyrifos. Pesticide claims can be litigated on grounds of negligence, strict liability, failure to warn, and breach of warranty.